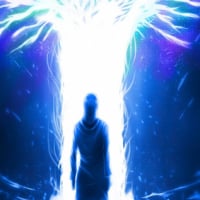 April 25 in Mariners Baby! + Other Sports
Ty France is not only the Mariners best player but one of the best players in the league at the moment.

Overall the lineup in the home series was great. They left a lot of runners on base but that is mostly because they were threating more innings than not which is quite different in previous years where they strand runners in the very few opportunities they got during games.

Kelenic still sucks and his at bats are still more horrendous than the decent ones he has... always completely guessing and gets behind in the count and swings at some shitty in the dirt slider or high fastball. At least he can play good defense I guess?

Julio looks the part and is exciting. He has been skullfucked by umps countless times this year on 3rd pitch called strikes, mind boggling honestly. His at bats look way better than Kelenics, he looks like he actually has an approach and isn't just going full blown meat head "me swing hard" in the box.

Winker will figure it out but he hasn't been playing as bad as people make it out to be. He is still up at the top in terms of On Base Percentage on the team because he has a lot of walks he has earned a bunch of really good at bats.

The starting rotation has been good so far but I feel like it is a lot of smoke and mirrors. Brash is exciting but has walked a TON of guys but thankfully has been able to get out of innings with double play balls. Ray's velocity is down pretty considerably. Marco is hit or miss and can either pitch 8 inning with 1 ER or pitch 1 inning with 8 ERs.

Can't wait for the inevitable collapse in May as always!