January 9 edited January 9 in Creepy Coug's Finance Bored
@creepycoug how do I keep my sons from becoming lowly quooks or boovs? 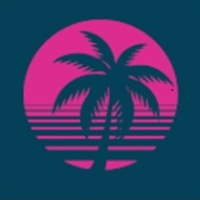