If Hop Loses Out

February 14 in Basketball Roadhouse
Is there still no way he gets fired? I would hope losing out and a 12th place finish for a team that was once ranked in the top 25 should do it.

Any way to get him fired is best for the program at this point. Upper campus bullshit about Green should be used as well. Hopefully some other players also have terrible grades and have very little chance at graduating. This isn’t mediocre and a slight below .500 conference record. This is 12th place in the PAC.

And I know it’s not Stewart’s fault (although his play had dropped off big time) but I hope we never get a one and done again because each year we have had one, we have completely sucked. Anytime an average program or worse gets those guys, they are still bad.

Can’t see how even Cohen wouldn’t consider it at this point. 12th in the conference with two one and done first rounders, a five star transfer, and a couple up class men off last year’s PAC 12 champs. 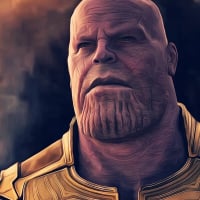