I'm on the sidelines

I'm a buy and hold guy -- for the most part -- but the recent run up on the former two skewed my portfolio too heavy on financials.

With dry powder I'm looking for a pullback on QQQM (baby QQQ. Lower fees) for a better entry point. 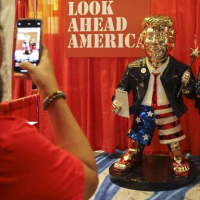