December 2019 in Hardcore Husky Board
I think Peterson also learned that you get a different "type" of player at UW vs Boise.

Sure his classes at UW were much higher rated, but he wasn't getting the academic causalities and non qualifiers that showed up in Boise with A GIANT CHIP on their shoulder like he had at BSU. This effects the mentality of a football team really for the better, instead he got a lot of guys that are enamored with the flash and dash of just being in Seattle and "getting chicks man". A lot of the things that help you get the best recruits isn't totally helpful in making them great players. Plus a lot like Mike Riley he wouldn't just flat out lie to players and say what he needed to say to get them to commit.
I think he also learned how much of a grind it is to have to play 9-10 LEGIT teams, not being able to coast for 8 games of the season and prep your 2nd and 3rd team against the Cal Polys and Utah States of the world, instead you gotta strap up or a OSU or CAL or Zona is gonna come eat your lunch.

I like Peterson, I think he is a heck of a coach, but I just didn't totally buy that he was going to make UW a National Powerhouse ala 1991. 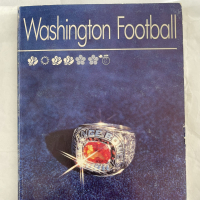