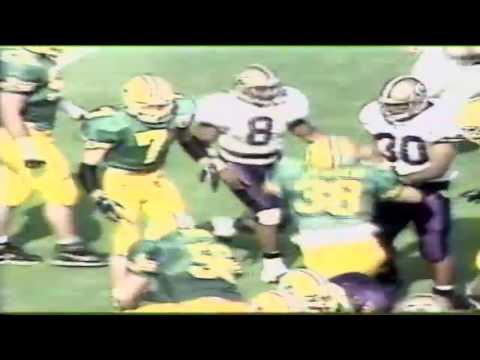 Less than a month following the Whammy in Miami, The Pick, at Autzen Stadium,

Is this the same Washington team that whupped Miami?

Nice tackle attempt by Huard on Kenny Wheaton’s run back . . .

How old were you Ghaie, you stupid fuck?