“Yes, I want to skip school and go on tour with Van Halen” 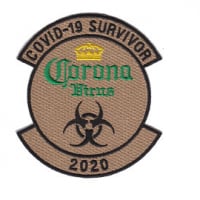 October 2020 edited October 2020 in Yellow Snow's Record Shoppe
I was a seventeen year old nobody. He was the world's biggest rock star. It was spring 1986. My dad's band, Bachman-Turner Overdrive (BTO), was opening for Van Halen on their "5150" tour. I was in high school at the time, but as Dad could never see the point of school when there was rock-and-rolling to be done, he called one day to ask if I wanted to ditch school to fly out and hang with him on the Van Halen tour for a few weeks.

...Even better, this was the eighties—you know, when the world was still fun. There was light. There was laughter. There was big hair and acid-washed denim, just because, dammit. You could still make jokes without a Twitter mob destroying your life forever.