Leave it up to the police. 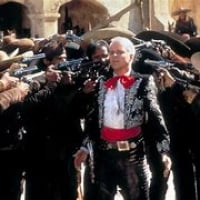 June 21, 2022
Police Response to Uvalde Shooter Was Even Worse Than Thought: Cops Had All the Guns and Bullet Proof Shields They Needed, Could Have Killed Shooter in "Three Minutes;"
Didn't Even Try Opening the Door, WHICH WAS UNLOCKED THE WHOLE TIME

When danger is moments away, the cops are sitting outside waiting for "additional resources" and for keys they don't need for 70 minutes.

They say the bulletproof shields came within 19 minutes of the killer's entry into the school, but the Texas police commander says, in the video below the fold, that the killer could have been taken out "in three minutes." He means three minutes after the killer entered the building. In other words: You don't have to wait for bulletproof shields when children are bleeding out and there's a single shooter and you have a lot of men and weapons and you're also wearing body armor. Go in and take him down.

But they had to wait for those keys. For that locked door.

Ooops! Guess someone should have checked that lock. (It apparently only locks from the outside, which is something that can probably be determined by visual inspection, identifying the type of lock it is.)


Note that they've been pushing this claim that the door was locked, and they had to wait to have the keys brought to them, for two months now.

Only now is it revealed: Nope, not locked. They just never bothered checking it.


Col. Steve McCraw (@TxDPS), the chief of the Texas Department of Public Safety, described the police response to last month's massacre at a Uvalde, Texas, elementary school as a "absurd failure," detailing how officers quickly entered the school and obtained protective shields...

...but still left defenseless children trapped inside with the gunman for more than an hour.

McCraw testified about the police response to the tragedy at a state Senate hearing.

Delays in responding by law enforcement have become the focus of federal, state, and local investigations.

"Obviously, not enough training was done in this situation, plain and simple. Because terrible decisions were made by the on-site commander," McCraw said of Pete Arredondo, the Uvalde school district police chief.

Eight minutes after the shooter entered the building, an officer reported that police had a "hooligan" crowbar that could be used to break down the classroom door, according to McCraw.

According to the witness, police brought the first ballistic shield into the building 19 minutes after the gunman entered.

The public safety chief described to the committee a number of missed opportunities, communication breakdowns, and other errors, including:

-Arredondo was not carrying a radio.

-Only Border Patrol agents' radios worked inside the school; police and sheriff's radios did not.

-To coordinate their response, the police used incorrect diagrams of the school.

According to state police, the gunman entered the school through an exterior door propped open by a teacher, but McGraw stated that the door had been closed & could only be locked from the outside.

"There's no way for her to know the door is locked," McGraw said.

"He walked straight through."

Authorities have given contradictory and incorrect accounts of what occurred in the days and weeks following the shooting, sometimes withdrawing statements hours later.

But McCraw assured lawmakers: "Everything I've testified today is corroborated."