Are We Recruiting Again? Transfer Portal 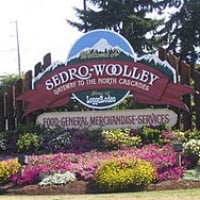 November 25 in Enumclaw Truck Stop Recruiting Board
I hate my family, especially JoeEDangerously so Im thinking about who will be on the portal lot radar for the Huskies once the season ends after they lose the Apple Cup. Here's who I've seen smoke about or have very very very thin thoughts, mostly about guys who are from Washington who would maybe think about coming home.

I'm curious who other people have heard or fantasize about.

Jake Haener Fresno State - Heard talk about him using his extra COVID year back in Seattle. Not sure if he has any pro potential and maybe could get a decent NIL package and see what Penix did.
Malik Murphy Texas - Seen his name pop up on Discord. Decent west coast recruit. Ewers should be the Texas starter next two years so he might want to get out.
Hank Bachmeier Boise State - Already in the portal. WE love Boise State.
Miles Hastings UCDavis - Doing well in the Big Sky. WE took a shitty UCDavis stud last year. That worked out well.

Avery Morrow Colorado State - Big back from Garfield who has been pretty productive at CSU. CSU sucks.
George Holani Boise State - Again, we love Boise State and cucking Boner Pop. He's having a good year and we now love Poly running backs.
Cameron Skattebo Sacramento State - Looks and feels like a back that Deboer would like - big and can catch. From Sacramento area where UW has done well in recent years.

Gary Bryant Jr. USC - He's not used much at USC and heard he's interested after heavily considering UW out of high school.
Darien Chase Portland State - Big target and former decent recruit who signed with Nebraska. From Vancouver, so probably prefers Ducks though.
Germie Bernard Michigan State - Can you portal and then portal back after one year? Not sure he's been amazing at MSU though.
Tory Horton Colorado State - Killing it at CSU. From Fresno where we know they love Deboer.
Troy Franklin Oregon - Come home.
Emeka Egbuka Ohio State - Also, come home.

Bula Schmidt Fresno State - Started this year and from O'Dea. Depth if nothing else.
Levi Rogers Stanford - From Woodinville. No idea if he sucks. Get out of David Shaw's dumpster fire and find out.
Caadyn Stephen USC - From Camas and don't think he really plays at USC. Come back to WA and find out if you can play.
Vega Ioane Penn State - Jimmy and JonDon are gone. Why the fuck do you want to stay in central Pennsylvania?

JT Tuimoloau Ohio State - Other than Penn State's QB throwing a bunch of passes to him for some reason, he hasn't done much in Columbus. Come home and get a new start.

Orin Patu Cal - Rainier Beach guy. Played a whisper at Cal. Maybe get a shot at UW?
Julien Simon USC - Local guy. Seemed like there was weirdness between UW and him and the old staff. New staff. Consider coming home.

Ayden Hector Colorado State - This would actually be the most valuable non-QB transfer they could possibly get but PR wise I'm sure they don't consider it. He also got kicked off of WSU while being their best young defensive so he might be a disaster. 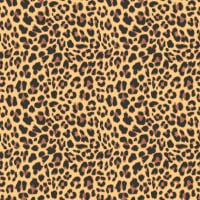