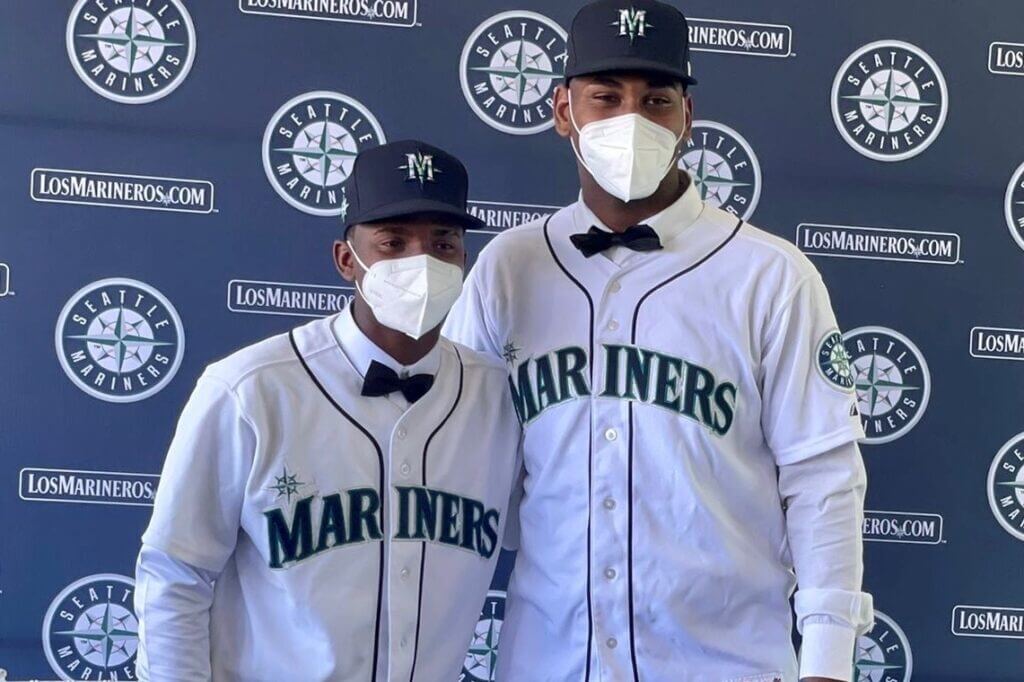 In 2021, the Mariners graduated prospects Jarred Kelenic, Logan Gilbert and Cal Raleigh to the major leagues, which at least on the surface would seem to take the team down a peg from its lofty standing as having one of the best farm systems in baseball.

But that same farm system has been bolstered not only by what was considered to be a strong draft last summer, but now the addition of three highly regarded players during the international signing period.

On Tuesday, the Mariners announced the signings of infielders Michael Arroyo (Colombia), Martín Gonzales (Dominican Republic) as well as Lázaro Montes, a dynamic outfielder from Cuba. All are 17 years old.

This is the Mariners’ biggest single-year international talent haul in a long time. Montes was rated as the eighth-best prospect on MLB.com’s Top 5o International Prospect list, Arroyo came in at No. 41 and Gonzales at No. 48.

MLB.com reported that Montes agreed to a deal for $2.5 million with Arroyo signing for $1.375 million and Gonzales for $1.3 million.

Montes is probably the club’s most highly regarded international signing since shortstop Noelvi Marte agreed to a $1.55 million deal with the Mariners in 2018.

On Wednesday, Baseball America released its annual top-100 prospect list and the Mariners had five players in the top 100, including four in the top 45: outfielder Julio Rodríguez (No. 2), pitcher George Kirby (12), Marte (18) and pitchers Matt Brash (45) and Brandon Williamson (83).

Rodríguez and Marte were international signings and began their careers at the team’s complex in the Dominican Republic, which will likely be the same place Montes, Arroyo and Gonzales will get their first taste of professional baseball.

Could these three eventually land on a top-100 list? Time will tell, but the Mariners are certainly happy with their early haul of talent in this signing period.

“I’m very proud of what we’ve been doing on the international front. Over the past five years we’ve been fortunate enough to land a group of prospects with high impact potential,” said Mariners president of baseball operations Jerry Dipoto told The Athletic. “This year’s class is exciting in that it presents multiple position players with impact potential, which is uncommon in any one signing period.”

“Each of them offers a unique skill set that our player development staff should really enjoy working with. We are also thrilled with the quality of the people that we are bringing on board.”

Thon offered the following description of each player:

Arroyo: A right-handed hitting infielder who is considered one of the more advanced pure hitters in the 2022 international class. He stood out as a performer across different international events in numerous countries. Arroyo has a quick and compact swing with developing power and good knowledge of the strike zone with mature swing decisions. The 5-foot-11, 170-pound infielder has a solid glove in the infield, likely setting in at second or third base.

Gonzalez: Is a right-handed hitting infielder who has been praised for his glovework at shortstop, ranking as one of the better pure defenders in the 2022 international class. Gonzalez has also shown a plus arm for the position. At the plate, he has surprising raw strength considering his frame and profiles as more of a power hitter than a natural one. The 5-10, 170-pound infielder is a solid overall athlete with average speed

Montes: Is a left-handed hitting outfielder who has the ability to develop into an impactful middle-of-the-order power bat with a solid feel for the strike zone. He’s an above-average hitter with on-base skills to complement his top-of-scale elite raw power. Montes is a steady defender on the outfield corners and a solid athlete. The 6-5, 205-pound outfielder possesses a larger-than-life frame with an even bigger personality.