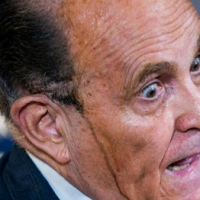 January 14 edited January 14 in Tug Tavern
The Spanish Civil War (Spanish: Guerra Civil Española) was a civil war in Spain fought from 1936 to 1939. Republicans loyal to the left-leaning Popular Front government of the Second Spanish Republic, in alliance with anarchists, of the communist and syndicalist variety, fought against a revolt by the Nationalists, an alliance of Falangists, monarchists, conservatives and traditionalists, led by a military group among whom General Francisco Franco soon achieved a preponderant role. Due to the international political climate at the time, the war had many facets and was variously viewed as class struggle, a war of religion, a struggle between dictatorship and republican democracy, between revolution and counterrevolution, and between fascism and communism. According to Claude Bowers, U.S. ambassador to Spain during the war, it was the "dress rehearsal" for World War II. The Nationalists won the war, which ended in early 1939, and ruled Spain until Franco's death in November 1975.

The left vs right