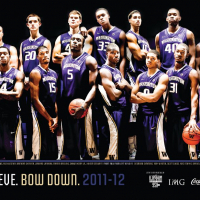 The Rockets have sent James Harden to the Nets in a blockbuster four-team trade that also involves the Pacers and Cavaliers, completing the unhappy star's exit from Houston and setting up a potential superteam in Brooklyn, sources told ESPN's Adrian Wojnarowski and Ramona Shelburne.

The Nets sent Houston a package that includes multiple players and draft picks and features guard Caris LeVert, who was then traded to the Pacers for Victor Oladipo, sources told ESPN.

Center Jarrett Allen and forward Taurean Prince are headed from the Nets to the Cavs in the deal, sources told ESPN, while the Rockets receive Cleveland guard Dante Exum and Brooklyn forward Rodions Kurucs.

Brooklyn also gets a 2024 second-round pick from the Cavaliers. The Nets have three open roster spots to fill out their bench, if they choose -- a $5.7 million tax mid-level, the minimum exception and likely a $5.7 million disabled player exception.

The megadeal reunites Harden with former Oklahoma City teammate Kevin Durant in Brooklyn and positions the Nets, who also have All-Star guard Kyrie Irving, as a title contender in the Eastern Conference.