This Day in Music September 10

1945 - Jose Feliciano
Puerto Rican musician, singer and composer Jose Feliciano, best known for many international hits, including his rendition of The Doors' 'Light My Fire'. His 1968 album Feliciano! reached No. 2 on the US charts. Jose was born blind as a result of congenital glaucoma.

1949 - Rick Rosas
American musician Rick Rosas, one of the most sought after studio session musicians in Los Angeles. Throughout his career, he played with Neil Young, Joe Walsh, Crosby, Stills, Nash & Young, Jerry Lee Lewis, Ron Wood and many others. Rosas died on 6 November 2014 aged 65.

1962 - Boris Pickett
The BBC banned Bobby 'Boris' Pickett and the Crypt Kickers single 'Monster Mash' saying it was offensive. The single went on to be a UK No.3 hit in 1973.

1968 - The Beatles
The Beatles were at No.1 on the UK singles chart with ‘Hey Jude’, the group's 15th UK No.1 and the longest chart topper ever at seven minutes and ten seconds. The single was the first release on the group's Apple records label.

2007 - Kid Rock
Pamela Anderson's ex-husband Kid Rock was involved in an alleged assault on drummer Tommy Lee, (who was also married to the actress up until 1998). Police interviewed witnesses to a tussle involving the pair at the MTV Music Video Awards in Las Vegas. Lee was removed from the ceremony while Rock, was allowed to stay. 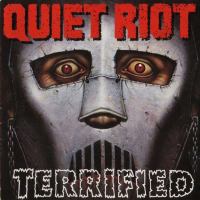