September 23 in Hardcore Husky Board
I was so sick of that 3-4 or 2-5 or whatever the hell that was under Kwat. It was a defense that sold out to stop the pass by dropping essentially everyone into coverage and being able to get to the quarterback with 2 defensive lineman. It worked for many years as we had incredible defensive lineman and players in the secondary would made an impact in the run game. The "Buck" position outside of Kikaha and half a season of Tyron was pretty forgettable. As soon as our defensive line became not great the whole system broke down.

This defense stops the pass by selling out in the pass rush and forcing the QB off his spot and to throw under duress. Guys like Trice and Martin, who would have played out of position at the "Buck" in our last scheme, are now tasked with setting the edge and chasing the QB. Two things that both of them do very well. We still have good defensive lineman but they are not two-gap guys like Vea, Gaines or Levi. All we ask the defensive line guys to do is get upfield instead of anchoring the interior by taking on double teams.

The last defensive scheme required that you have a lot of players with unique skill sets. This scheme is much simpler and much more plug and play with the guys who we can get year-in, year-out. 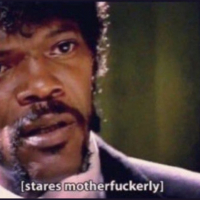