Jimmy Lake's Name Popping Up On Wish List For Some Pac 12 Teams As DC... 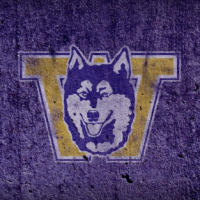 Fired Not Quite a Week, Lake's Name Pops Up for Job Opening

The Arizona Wildcats need a new defensive coordinator after their current guy, Don Brown, who's known as "Dr. Blitz," on Monday was hired as the head coach at Massachusetts.

A wish list of defensive coordinator candidates popped up almost immediately and no one should have been all that surprised by the first name thrown out there — Jimmy Lake.

While he's been fired as the University of Washington head coach for all of nine days for mismanaging his program in Montlake, Lake still is considered a sound defensive coach, especially in putting together a secondary.

Lake, 44, shouldn't have any trouble at all in finding work on someone else's college or NFL staff, though it might be a while before he's considered head-coaching material again.

He might even be motivated to remain in the Pac-12 and remind people that he was once this rising star in the conference.

As for Arizona, this idea is not all that far-fetched. Longtime UW basketball coach Lorenzo Romar made Tucson his first stop after he got fired in 2017 and he used the Wildcats to mend his reputation and return to the head-coaching ranks at Pepperdine.

At the same time, joining the Wildcats football staff might prove a little awkward for Lake. When he replaced Chris Petersen as the Husky coach two years ago, he fired tight-ends coach Jordan Paopao, who coaches in the same role at Arizona.

Lake and Ed Orgeron, who is fired and coaching out the string at LSU, were listed as big-name candidates to pursue.

Others with UW ties who were suggested as possible Arizona DC targets were Donte Williams, currently USC's interim coach and a one-time Husky graduate assistant; and Tosh Lopoi, former UW assistant coach now the defensive-line coach for the Jacksonville Jaguars and Urban Meyer.